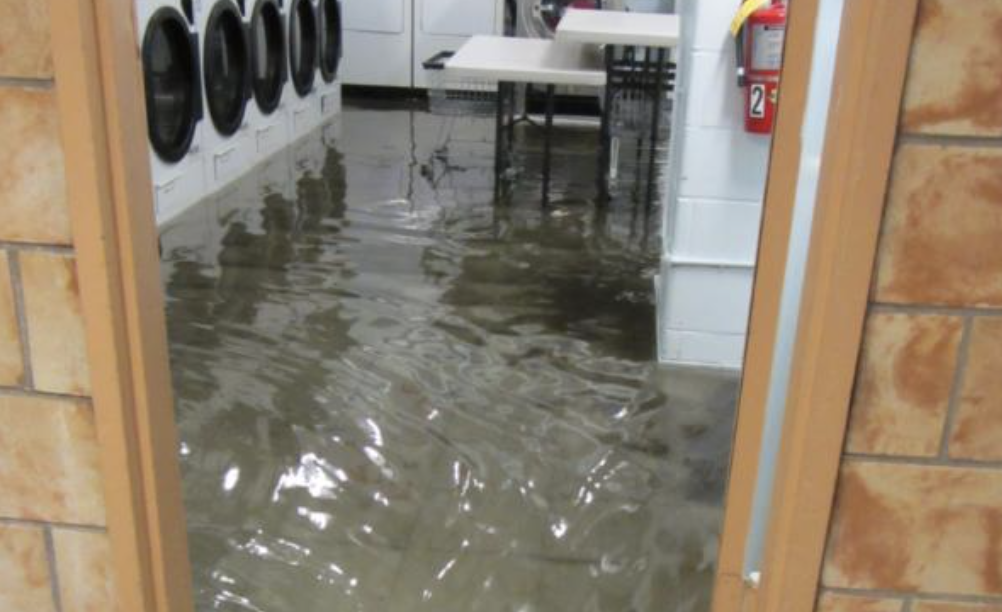 By Marianne Schaefer
for Habitat Magazine

A Co-op’s Long Flooding Nightmare Is Over

For years, a rainstorm meant one thing for the 235-unit York River House: the city’s inadequate storm drains would fill up, and the basement would flood. “It didn’t even have to be a torrential rainstorm,” says Jacqueline Stein, president of the co-op board. “Just a large rainstorm would flood the basement of our building. Depending on the weather, this could happen more than once a week, but it definitely happened multiple times a year.”

The York River House basement houses a laundry room, gym, playroom, bicycle storage, mechanical rooms, and a storage room. “When the water entered the basement, we had to shut down the elevators,” says the co-op’s property manager, Ira Meister, president of Matthew Adam Properties. “We had to shut down the boiler, and we had to move cars around in the garage. People were not able to use the facilities, such as the laundry room, sometimes for a week or so. It was very bad. Sometimes it was a few inches of water, sometimes a couple of feet, and I think this happened ever since the building was built in 1960.”

Board and management tried for years to get the city to fix the problem. City inspectors came and inspected, city workers came and seemed to do some work, but the water kept coming in.

The board hired plumbers, but nobody found a solution to keep the water out.

The staff at the 18-story building, located a block from the East River, had developed a time-consuming protocol. They constantly monitored the weather forecast, they employed alternative damming and draining methods, and they had equipment to clean up after storms.

Then one day, Meister happened to meet a crew from a private, New Jersey-based company called Municipal Water and Sewer. Workers agreed to visit York River House, and they discovered that, in addition to sitting in a low-lying area, the building had a drain that was inadequately pitched. The board brought in an engineer from Jack Green Associates, and the retrofit began.

The drain was reconfigured. The basement floor was opened up, and two large tanks were installed. Ejection pumps now force any water that accumulates in the tanks out into the city’s storm-drainage system, while backflow-preventer valves keep water from the sewers from entering the building. Problem solved.

The job cost about $300,000, which was paid out of the reserve fund. In addition to obviating constant outlays for post-storm clean-ups, the new system led to a reduction in insurance premiums. A win-win-win for the co-op.

According to Meister, similar systems are often installed in new buildings to avoid flooding, but such retrofits are rare in the basements of existing buildings. Adds Stein, “This solution involved a lot of work and was expensive. They had to go through the concrete [basement floor] in several areas. But we have not had a problem since.”

Many other buildings in this seaboard city are not so lucky. The city’s outdated infrastructure all too often cannot absorb heavy rainfall, and the problem is exacerbated by global warming and the rising sea levels that come with it. Costa Constantinides, chairman of the city council’s Committee on Environmental Protection and a major proponent of the new Climate Mobilization Act, recently told The New York Times: “Floods that are smaller but far more frequent than the catastrophic ones brought on by Hurricane Sandy are already overwhelming sewers, sluicing pollution into waterways, and damaging neighborhoods.”

10 Tips for a Successful Apartment Renovation