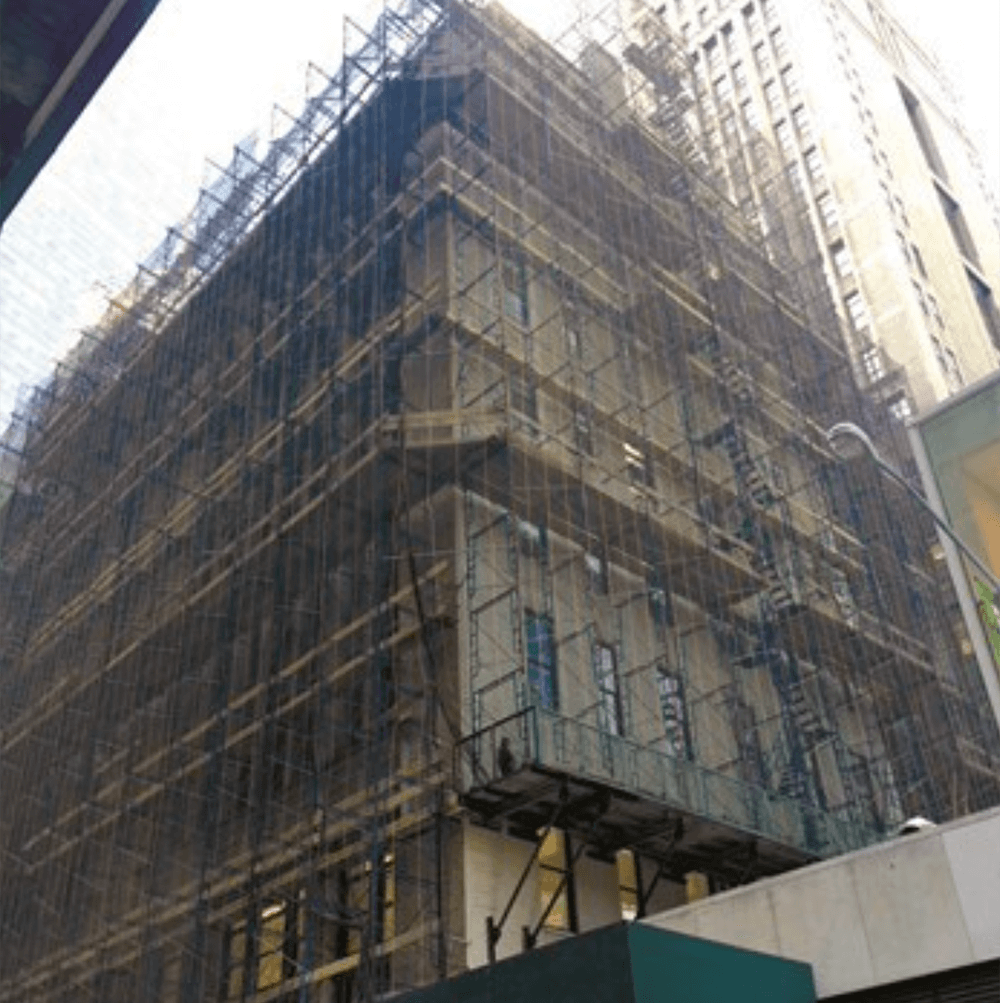 Leaks are a common problem in multifamily buildings, including co-ops and condominiums. It’s not unusual to see watermarks and dampness on plaster near or below interior widows, but since such infiltration usually stems from an issue on the exterior of the building – including the roof, cornice area, and other locations – repairs are neither easy nor quick, and are often left unaddressed until there is Local Law 11-related facade work being performed from the outside.

Homework Ahead of Time

Organizing and coordinating these repair projects requires a lot of time, energy and funding. In order to run smoothly, exterior work also requires a lot of planning in advance. Let’s say a building has leaks on the roof and cracks in various other locations. The building will need to first retain engineers to survey the building and ascertain the extent and scope of the work that needs to be done. In addition to a contract, plans and specifications will need to be drawn up, and bids will need to be obtained from contractors for pricing. The final plans will also need to be approved by and filed with the New York City Department of Buildings before work can legally commence.

Even after all of this advance work is done to prepare, it’s still quite common to find ‘hidden conditions’ on a project that require additional work – and money – that’s not accounted for in the plans or the budget. Therefore, when money is allocated for a project, additional funds must be set aside for these inevitable contingencies. Sometimes securing those funds means refinancing an underlying mortgage. In those instances, the advance planning may take over a year – which is why you sometimes see a building in obvious need of repair, and may wonder why no work has been done. The answer may be that the owner or board is still trying to arrange for the financing – though that’s not really an excuse for delaying needed maintenance or repair.

Since exterior repair work is by its nature hazardous and will take a while to complete, most buildings will need to have a sidewalk shed and other protective measures in place to protect the public and workers from any falling debris. Sheds are part of the overall cost of a project, and usually extend 20 feet or so past the building being worked on, onto the adjacent property or properties.

Despite the obvious need to ensure the safety of passers-by and work crews alike, sidewalk sheds are often met with hostility by neighboring buildings and commercial tenants who may claim that the structures block their view and/or signage, and discourage foot traffic.

Sheds are sometimes left in place for long periods of time while a board tries to obtain funding for the needed repair work, or sort out other administrative or bureaucratic issues. For example, in one case a sidewalk shed was interfering with the installation of a handicap access ramp by a commercial tenant – a mandatory safety measure conflicting with a mandatory accessibility measure. Sometimes disgruntled neighbors threaten to take such issues to court, but given the balancing of the issues and the need for such repairs, it’s doubtful a court would order the removal of a scaffolding until the exterior work is fully completed.

Among the key documents spelling out the scope, cost, and parameters of a facade project, there must of course be a fully thought-out, well-drafted and negotiated contract with the contractor hired to do the actual work. The contract should articulate the full scope of work, including plans and specifications, and the legal terms and conditions regarding the project. All too often, people show me what they are calling a ‘contract,’ but which is really only a list of the work they want to have done, and a payment schedule. More often than not, these schedules require payment at specific intervals – but don’t say a word about the amount or percentage of work that’s expected to be completed by that time. In a worst case scenario, payment could be due according to the contract, but the work itself could be way behind schedule. That should not be the case – and a competent, savvy consultant can catch (and hopefully correct) such discrepancies during the contract vetting process before the first worker sets foot on the property.

The documentation needed for a major exterior undertaking may also need to include an Access Agreement with neighboring buildings that might be affected by the project. Since this can take time to negotiate, the agreement should be part of the advance planning. The nature and location of the work may be such that materials may need to be moved up and stored on a neighboring roof for easy access. Permission for that type of access needs to be requested, negotiated by knowledgeable legal counsel, and obtained in advance in a written license agreement. Sometimes a fee may need to be paid to the neighboring building allowing the access; to encourage keeping the project on track, there may also be liquidated damages written into the agreement for each day the building needing access is late in completing the work.

Contracts and specifications for any type of exterior work should be prepared by legal counsel knowledgeable in this area, in conjunction with the project engineer. People need to know who is responsible for performing various tasks, by when, and who is responsible for payment. On one client’s project, the project engineer was supposed to obtain the work permit after the expediter filed the plans with the DOB. The engineer mistakenly thought the contractor was handling that, and valuable work time was wasted until the issue was resolved.

Another client once related that their contractor had failed to obtain a building permit – which the property manager did not realize until after the contractor had walked off the job. The client claimed they didn’t even know about the need for a permit until their new property manager pointed it out. There was also no electrical or plumbing inspection, which meant that the new contractors would need to open walls and perhaps redo already-completed work in order to pass inspection.

Along with vetting contracts, double- and even triple-checking permits and filing deadlines, consulting with your building’s insurance broker before an exterior project gets underway is a good idea as well. Having the right insurance in place that names the correct parties as additional insureds is essential. One building owner told me at a seminar I gave that just as work was ready to begin on their project, they realized they did not have an ‘action over’ insurance provision and had to delay the commencement to sort out obtaining it and who would pay for the additional cost.

The prospect of undertaking – planning, funding, and completing – a major exterior maintenance or repair project can definitely be daunting for any board, regardless of its level of experience. The above considerations are only a few of the many things that need to be kept in mind – but the guidance of experienced legal counsel can help formulate a game plan ahead of time, reduce the chances of something going wrong during a capital improvement project, and keep things on track for a timely completion.

C. Jaye Berger, Esq. is an attorney and Principal at the Law Offices of C. Jaye Berger, based in New York City and focusing on the areas of construction, real estate and co-op and condo law and litigation.

The Backyard Restaurants Are Coming. What’s a Co-op to Do?