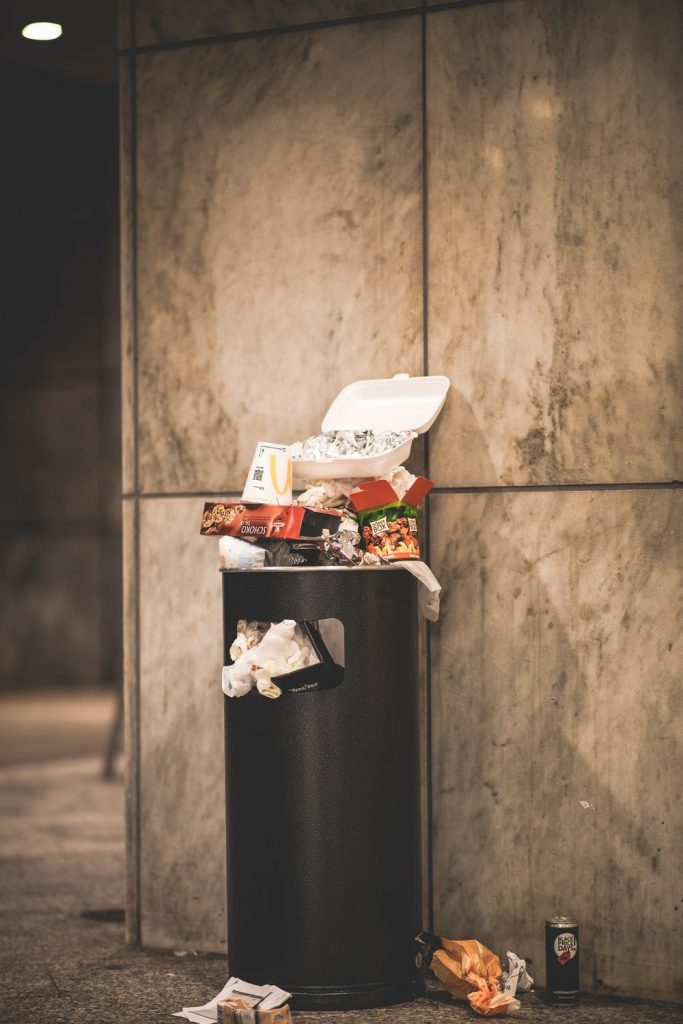 Hell’s Kitchen resident Christine Berthet has been talking trash for years. Now she’s seeking at least four other garbage gurus – one in each of the remaining boroughs – to turn the talk into tangible action.

If the sidewalks in front of your co-op or condo are starting to look like a landfill as refuse from pandemic-fuelled deliveries piles up, this is your chance to do something about it.

Berthet, cofounder of the nonprofit Chelsea-Hell’s Kitchen Coalition for Pedestrian Safety (CHEKPEDS), needs one building apiece from the Bronx, Brooklyn, Queens and Staten Island to support the Trash Off Sidewalk Space (TOSS) program. The plan aims to transform some parking spaces into bagged garbage drop-off and collection sites that would reduce the refuse on residential sidewalks. Manhattan’s 45th Street between Ninth and Tenth Avenues is poised to start the pilot, potentially freeing its narrow walkways from an increasingly unsightly, unsanitary and untenable problem.

“Garbage is taking more and more sidewalk space, preventing the disabled or people with strollers from getting around piles of trash that can be almost as tall as I am,” Berthet says. “And it’s unsafe.”

CHEKPEDS was already advocating for change last year when the city’s Departments of Sanitation and Transportation appealed for “creative ideas” to help tame the trash. The group’s TOSS response outlined such benefits as fewer sanitation truck stops, lowered gasoline use, reduced air pollution and rat populations, and an overall tidier city. But the group never heard back from the city. “There wasn’t a ‘no’ or a ‘yes’,” Berthet says. “Just nothing.”

Undaunted, activists buttonholed locals and conducted surveys, garnering additional support. “Nobody we talked to was opposed to our plan,” says Chana Widawski, a 45th Street resident who polled residents at an environmental fair.

Then, COVID-19 arrived, worsening an urgent situation by ramping up reliance on home delivery to people confined in their apartments. Trash piles grew skyward and across pavements. “It became overwhelming,” Berthet says, “and it made it impossible for pedestrians to socially distance.”

By the time CHEKPEDS renewed its test-of-concept campaign for the TOSS program, the city was on board. But the positive response was accompanied by a significant caveat. “They didn’t want to do a pilot without including the entire city,” Berthet says. “So our challenge was to find a place in each borough willing to participate.”

TOSS’s proposal calls for designating trash “parking spaces” on the street to house bagged garbage. Participating blocks and buildings can choose from between two options: place bagged garbage in the designated space; or install seven-foot-tall “trash corrals” that hold up to 85 bags and cost about $400 each. Corrals, considered the most desirable approach, are currently in use near Bryant Park in Manhattan. Additionally, the corrals will have rat traps, to avoid becoming a rodent buffet.

“With just one building per borough – or, better yet, a whole block – we’ll be able to test parking spots as a temporary site to help clear street space,” Berthet says. “So if you’re interested, I want to hear from you.”

To learn more, take the CHEKPEDS survey at https://tinyurl.com/residentialtrash, email them at excom@chekpeds.com, or leave a telephone message at (646) 623-2689.

Smith Buss & Jacobs: Board Governance Series – Part I of V